Andrew McBarnett FCMA CGMA is an entrepreneurial professional with a proven 30-year history of successfully delivering strategic solutions to business issues across a broad breadth of organisations and market sectors.  He is a decisive and analytical leader with exceptional planning and organisational skills.

Andrew is the author of the book 50 Ways To Increase Your Sales Today which became an #1 Amazon international bestseller in the United Kingdom, the United States, Canada, Germany and Australia.

He is a fully qualified Fellow Chartered Management Accountant who started his entrepreneurial career having both co-founded and co-funded a company called MaxTag (UK) Limited.

This business, which celebrated its 20th anniversary in 2017, grew to £1M in 12 months and achieved a turnover of £3M within 5 years.  Although Andrew had sold his shares in the business, 2019 was MaxTag’s final year as it became a victim of the high street crisis.

Andrew is now Chairman and CEO of AMB Associates Limited which he formed in 2003.

He is qualified in NLP (Neuro Linguistic Programming) and Sports Psychology has spent over 30 years successfully coaching companies and individuals to achieve their goals.

Andrew was invited to appear on the BBC’s second series of Dragons’ Den, but had to decline as the business had since been sold to a major UK plc.

Andrew has also worked with some of the world’s best known blue-chip multinationals such as Abbott Inc where he was part of a team that launched Clarithromycin, regarded as the most successful UK antibiotic launch of all time.

Whilst at Panasonic he was responsible for a global budget worth $1BN and assisted the winning of a number of high profile contracts totalling hundreds of millions of dollars.

During his time with Vodafone, he was part of the team that acquired Cable & Wireless Worldwide for £1.04BN and his leadership returned 2/3rd’s of that business (worth £700M) back to growth by adding a 5.3% increase to revenue within its first year.

Andrew has recently launched a Home-Business University to provide training and business ideas to entrepreneurs who have the desire to start a business of their own.

In addition to his charity work, Andrew has also written various articles published in the Better Business Magazine, The BOSS magazine, for ASE (The Association of Student Entrepreneurs) and for The Black Commerce Network in the US. More recently, he was interviewed by Financial Management magazine for an article on building a coaching culture.

He has also held both NED and pro-bono positions such as Branch Treasurer for the IoD, Accountant for BAPEN (The British Association for Parenteral and Enteral Nutrition) and Financial Director for DrugFAM, a UK national charity that helps families affected by someone else’s drug or alcohol use.

Andrew is currently Treasurer for RGUK (Recovery Group UK), a body who advocates for the drug, alcohol and gambling treatment and recovery sector. 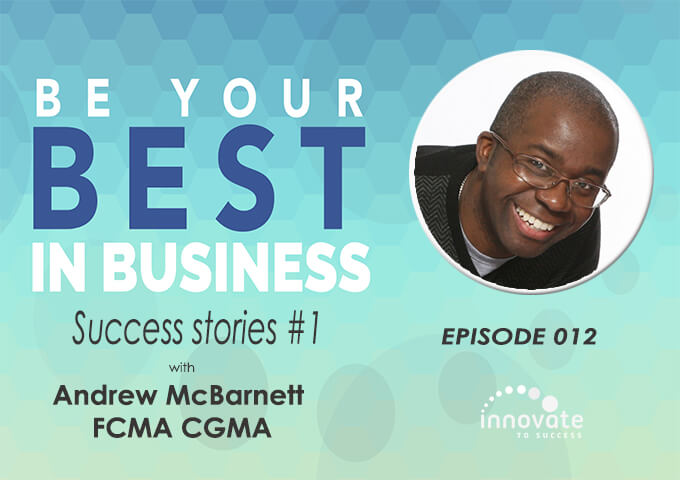