There’s No Such Thing As A Winning Business

Only A Business That Understands Darwin’s Evolutionary Theory 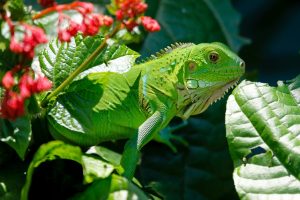 I believe that there’s no such thing as a winning business.  And before you shoot me down in flames, let me explain… Recently, I’ve been reflecting on business success and my mind took me in a direction which, to be honest, surprised me. In the end, I had to conclude that there’s no such thing as a winning business, there’s businesses that understand evolutionary theory and those who don’t.  Now this may seem odd to you, but when you think about it it’s true. Not a year goes by when we see established brands go bust such as Toys R Us, Target, Borders and Blockbuster to name a few and this is not just limited to retail, for example Avaya is currently in bankruptcy protection under Chapter 11.

So Why Do These Companies Run Into Such Difficulties?

Business is no different to anything else in nature, where everything survives according to natural selection, which Charles Darwin put simply as the Survival of The Fittest. Having an excellent product isn’t enough.  Where’s IBM compared to Apple? Being first to market isn’t enough.  Just ask Friendster, who didn’t make any money, compared to Facebook, who smashed predictions and earned $10 billion in revenue this quarter! Who will emerge as the Facebook, or the Amazon, or the Microsoft in your market? Will it be you? Maybe you can’t answer that question, but what I can tell you is that it will be the company that constantly senses its environment and has the flexibility and agility to adapt. In my career I’ve worked in various organisations and one that I admire was Vodafone.  They constantly change and evolve their business model because they realise that nothing stands still and to survive they too must change.

This is what a business must do; it must pivot, it must change and it must adapt to its changing environment.

In nature, Florida’s green lizard realised that to find enough food, due to competition on the lower branches, they had to climb higher.  To better cling to the smooth branches, they had to evolve so that their toepads got bigger and their scales got stickier.  Their drive for survival forced them to rapidly adapt and change. When my business partners and I launched a start-up called MaxTag (which celebrated its 20th anniversary this year), our sole-funder pulled out at the last minute, our previous employer threatened legal action if we breached the covenants in our employment contracts and we had to be located 30 miles away from our customer base. Was this perfect?  No.  Did we curl up in bed and cry?  No, of course we didn’t.  We simply pivoted the business, funded it ourselves, found a way forward and became the market leader with a turnover of £3m within five years. Today technology, amongst other things, is forcing the business world to change at an ever-increasing pace and if your company can’t quickly adapt and evolve to: