Will A Robot Steal Your Job? 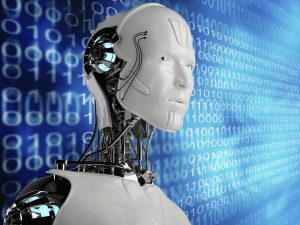 The world is changing. The world’s largest taxi company, Uber, owns no cars.  The world’s largest hotel chain, AirBnB, owns no hotels.  The world’s largest media company, Facebook, creates no content.  And the world’s largest retailer, Alibaba, has no inventory. We’re living in an era of endless innovation, where century old companies are being replaced overnight. These are the words of Jay Samit, author of Disrupt Yourself, from a recent TED Talk. And it’s true. In fact, due to the ever-increasing speed of technological development we too are being replaced…By machines! According to an Oxford University study, nearly half (47%) of US jobs are at risk of being automated.  But it’s not just US jobs that are at risk. This is a global phenomenon. In the UK, that figure is 35%, with 69% of jobs in India and 77% of Chinese jobs are at risk! As recently as June 2017, the Bank of England’s chief economist predicted that 80 million US and 15 million UK jobs could be taken over by robots. Gone are the days of a job for life! You’re most likely sitting there and thinking “that is not going to happen to me” and I hope that you’re right.  But what it you’re wrong?  What if your employer is already looking at plans to automate your job? I’m pretty sure that typists thought that their jobs were safe when the computer was launched.  I bet it is what switchboard operators said before the automatic exchange was introduced.  And it is probably what taxi drivers and are saying right now despite Uber developing driverless cars! But it’s not just robots that you’ve got to worry about… GE has made a working jet engine using a 3D printer and this technology will change the manufacturing industry forever.  You can even order your Big-Mac and fries even without talking to someone, so you fast-food workers better beware too! Are You Safe? What should you do about it? You could bury your head under the duvet and pretend that it’s not happening.  But what if you go to work and the company announces that you’re gonna be laid off? How painful would that be?  Could you continue to pay the mortgage or the rent if you were out of work for say 3 months?  How would you afford the bills?  And how humiliating would it feel if you were no longer be able to provide for your family? You can do something about this so that you’re never in this situation. Of course, if you’re certain that your job is safe, then there’s nothing to worry about, but if your job isn’t 100% secure, then read on… Protect Yourself Before It’s Too Late! I know it’s scary, but you can do something… The first thing that you need to do is to make the decision to take action.  You need to decide to not be a victim, not to let circumstances dictate your life, but get on the front foot and go for what you want and more importantly what you deserve. Imagine A Better Life Imagine a future… where you’re living in a nice house, enjoying lovely holidays and driving the car of your dreams. Think about your family… imagine being able to give them what they want without worrying about the cost. How great would that feel? But you’re probably wondering how? Starting your own business is one of the best ways that gives you instant job security, control over your career, your income and your future.  We’ve never seen a better time to start your own business than we do today! Live Your Dream Starting your own home-business is what dreams are made of! You’ll instantly change your life forever… You’ll have so much freedom (you can work from anywhere) You’ll have so much power (your business can instantly go global) You’ll have so much wealth (you can make a fantastic income!) But let’s be clear, this isn’t for everyone.  If you’re lazy and don’t want to do any work, then you’re more suited to working for someone else. As Les Brown once said, “you don’t get in life what you want, you get in life what you are” so if you are hard-working, willing to make the commitment and put in the time and the effort to grow your business, then maybe this is right for you.Posted in Business Strategy